1. A section 90B Agreement (commonly known as a “pre-nuptial Agreement”) which is entered into between two people who are intending to marry;

2. A Section 90C Agreement, which is entered into between two people who are married and/ or separated, but who are not yet divorced;

3. A Section 90D Agreement, which is entered into between two people who are divorced.

A Binding Financial Agreement is a financial agreement, and does not include parenting arrangements. 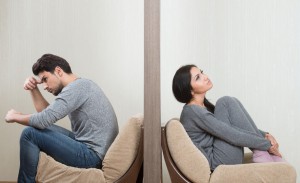 3. The Court will assess the future needs of both parties. The Court takes into account many factors when deciding on the future needs of both parties. these include: * Age and health * Capacity to earn money * The property and assets of each party * New relationships (and new financial circumstances) * Future parenting responsibilities (care and support)

4. The Court will consider the practical effect of the proposed property settlement, and whether it is “just and equitable” to both parties. The decision is made taking into account all of these factors. Legally, superannuation is dealt with separately to property orders. However, a Court is likely to take it into account when making a decision on property orders.

A Pre-Nuptial Agreement is an Agreement that deals with all or any of the property of two people who are contemplating marriage. Pre-Nuptial Agreements can be beneficial, in that they allow people to define their financial rights and responsibilities in the event that they separate, which can help avoid confusion, provide security and minimise legal costs.

As Pre-Nuptial Agreements are legally binding, it is important for people who are contemplating entering into such an Agreement to obtain sound, independent legal advice from an experienced solicitor.

De Facto Relationships That Break Down On Or After 1 March 2009 now fall within the provisions of the Family Law Act 1975.

Financial agreements are binding on parties if in writing, signed by both parties and with a certificate annexed to the agreement certifying that both parties have received independent legal advice prior to signing the agreement.

The court can set aside an agreement if: it was entered into by fraud, it would be impracticable to enforce it, circumstances have changed, the contract is voidable or a party to the agreement engaged in conduct that was unconscionable at the time of making the agreement.

Please email a contract for me to look at. Your first contract is free. Ask your Real Estate Agent or your Vendor to email the contract to rjthomas@rjt.com.au

RJ Thomas is constantly up to date in relation to the government subsidies, first home owner grants and stamp duties exemptions or concessions that are available. We are fully insured and regulated by the Law Society of NSW which lays down stringent rules of professional conduct.

RJ Thomas is a proud member of the Law Society of NSW.